What is Estill Voice Training™?

The Estill Model is a system of voice training that identifies the structures in the larynx responsible for producing voice and those in the vocal tract or throat responsible for controlling resonance and voice quality. It uses simple everyday sounds (common to everyone) and these structures are identified, isolated and then used to develop conscious, voluntary and predictable control of the voice.

Estill Voice Training™ is the result of years of research by Estill International, building on the pioneering work of Jo Estill, a singer who posed the question:

‘Power’ is the source of energy producing the sound (typically the respiratory system causing air to be expelled from the lungs).

‘Source’ is the component that vibrates to create the sound waves (the vocal folds).

‘Filter’ is the shaping of the sound waves to create the final result (the vocal tract).

The focus of Estill Voice Training is on the source and filter components of the vocal system and the interactions between them.

Effort Levels: Estill Voice Training uses the identification and quantification of the level of work or ‘effort’ required for speaking and singing to help develop kinesthetic feedback. This approach enables a speaker or singer to recognise, locate and control the degree of effort involved in voice production.

Dynamical Systems Theory and Attractor States:  The human vocal system is extremely complex, involving interactions between breath flow, moving structures, resonators and so on. Estill Voice Training draws on a branch of applied mathematics known as dynamical systems theory that helps to describe complex systems. One key concept Estill Voice Training takes from dynamical systems theory is the notion that complex systems can have attractor states. Attractor states are states to which a complex system tends towards, or is attracted to, over time. When applied to the human vocal system, Estill Voice Training proposes there are configurations of the vocal system that are attractor states, which the speaker or singer uses habitually or tend towards.[20] For example, a subject whose attractor state is for their velum (also known as the soft palate) to be in a raised position may find it requires more conscious effort to create a nasal sound than someone else whose attractor state is for their velum to be in the lowered position.

According to Estill there are thirteen vocal exercises (figures of voice) which each of these figure’s establish control over a specific structure of the vocal mechanism, in isolation, by moving the structure through a number of positions.

Why do I need Estill Voice Training™?

Estill gives the singer control of their own voice and the ability and power to manipulate the sounds it can produce safely. Often, clients long-standing vocal problems are overcome simply by having a better understanding of how their voice works and the mechanics behind producing the sounds. However, the learning process in very long and can take months to transfer your basic understanding of the technicalities into an advanced performance.

Due to the pioneering work of Jo Estill on Belting, Estill Voice Training™ is rapidly becoming an essential skill base for anyone looking to pursue a career in Musical Theatre as it is essentially the grounding for all singing and speaking. The method behind the belt voice is one of the most well known and widely taught techniques which is taught and reinforced in all major drama schools.

Although Estill Voice Training™ is usually associated with Musical Theatre, perhaps because of the success it had in teaching Belt; however, EVT is becoming more acknowledged in the Opera world, as more and more conductors and coaches realise the benefits of a fact-based technique.
Perhaps the most telling sign of how far EVT has come in the Classical field is the fact that Paul Farrington (Estill Vanguard Licensee) is now Technical Voice Coach at the Royal Opera House, Covent Garden.

Anatomy and science based Singing

Some people get a little put-off when they hear about the scientific nature of Estill Voice Training™, as though they would need a thorough grounding in anatomy and physiology to benefit from it. The reality is that EVT is based on a thorough understanding of the body, but the way that information is presented makes it accessible to all voice users.

The method is such a specialist area that only Certified teachers are allowed to teach Estill Voice Training™. The Level 1 and Level 2 courses are open to the public and whilst they offer a full introduction to the Estill ‘model’, they do not prepare the pupil to teach it – there’s no such thing as a ‘Level 1 / 2 Estill teacher‘. This skill is only gained through an intensive and prolonged Certification process, leading to the Certified Master Teacher exams. 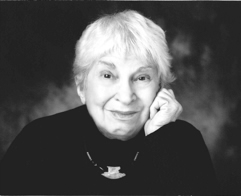 Jo Estill is a world-renowned educator, researcher, and singer who founded Estill Voice Training in 1988. Jo began her career as a “classical” singer of Lieder and Opera. Now she may best be known for her work with “Belting,” a voice quality heard in Pop and Music Theatre singing. Her unique approach separates the mechanics of singing from artistic and aesthetic preconceptions.

Jo Estill taught voice at college and professional levels for over 30 years, and conducted workshops in Compulsory Figures for Voice™ from 1988. She travelled to five continents training singers, actors, teachers, speech pathologists and others. Included on her resume were four 2-month sessions-in-residence at the Shiki Theatre and the Shochiku Dance Company in Tokyo, and two visits to London’s Central School for Speech and Drama.

“The work allows singing/voice teachers, voice coaches, and speech and language therapists to identify and resolve specific vocal problems that have resulted in fatigue or damage to the vocal folds. Many of the manoeuvers are already familiar to speech therapists as they have been adapted from traditional techniques but synthesized into an extremely creative system. The application of the system to dysphonic patients produces excellent results and the therapist will gain great confidence in their own voice use having mastered the manoeuvres and qualities themselves.”

The reason I picked the Estill method as one of my chosen practitioners is not only due to my general interest in new singing techniques but because it played a big part in me re-finding my voice. A year or so ago I lost my voice due to underlying health problems that weakened my vocal muscles and made producing a sound a lot harder and in the end I just stopped singing a I hated the idea of not producing a good clear and powerful sound. I managed to pluck up the courage to start lessons again with my teacher after approximately a year without singing and my teacher had recently done a course and started training as a teacher of Estill, so began practicing on m. She taught me exercises that encouraged the singer to focus on support and the idea of controlling the level of support used when producing different sounds with different vowel shapes and various pitch ranges. A singer natural will alter the level of power and engagement of muscles behind each note and this may differ for each person. The idea was to encourage and re teach the singer to use the same support level despite the pitch of the note. Naturally when going up a scale we would increase the support as the notes got higher to make sure the power and clarity of the note is the same; however when using the technique we have to strip this back to basics and keep the support level the same even if the note thins and sounds weaker and breathier as the pitch goes up.  The idea is that the more the singer practices the method the stronger the top notes would become and the more naturally and easier the sounds will come out without the risk of damaging the voice. Estill works along the basis of the speech quality and so this is why the method encourages you to use the voice in the way it naturally functions and strengthening this slowly through the technique, to prevent the risk of pushing and harming the voice. The technique is quite difficult to understand at fist as it works in a technical manner and makes the singer think about the technicalities of the voice and understand how the voice works and produces certain sounds.

If I was going to run a workshop in the technique I would do so in a similar manner to the way I was introduced to the method. I would start by explaining the functions and anatomy behind the voice and how it works and then explain how Estill works in correlation to this. I have a CD at home with warm ups provided to me by my teacher that use the guidelines of Estill and so I would use this as a template to my workshop, taking the group through each of the warm ups. It would be more beneficial to work in a small group so each person could go in turn to try the exercise and so we could talk through the right ways of doing it and talk about the their discoveries as to how their voice changes when introducing the method.

3 thoughts on “The Estill Method”

This is where I will document my daily lessons and technique classes in each of the disciplines: Ballet, Tap, Jazz, Acting and Singing.